At first we were shocked when we received an e-mail from our landlord saying that he kicks us out. But thanks to the great efforts of those involved and the generous support from comrades from afar, we collectively decided let go of the space and find new ways of resistance.

On the evening of June 2nd, after a week of cleaning, we removed the (in)famous ‘K’ sign and left behind the space that is/was known as:

We suffered through months from our neighbour’s harassment, and are currently relieved from her daily oppressive outbursts. That space, being so intensely threatened by the neighbour and increased rate of police visits, was no longer safe for us. So we made a collective decision to move on. 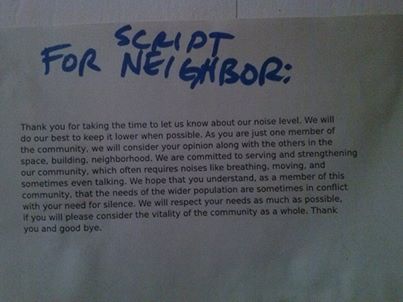 (one of our many strategies)

KLIT was primarily designed to function as a safer space, which apparently gave us a “bad reputation” in some activist circles. To all those who could not understand the importance of creating an anti-oppressive environment for female- and trans*-identified folks and sometimes having events that were cis-male exclusive, we would like to respond with this song:

Another factor that was decisive in closing KLIT in its location, was the disproportionate weight/ratio of high rental costs of a space in a slowly gentrified area of budapest, and the issue of self sustainability.

In May we organised the Punkurica festival, which was our way to say goodbye to KLIT as we know it and open up to new ways of reclaiming space. To take on the challenges of transformation in outside and beside us. It was a giant good-bye/farewell party, a spontaneous carnival and, a collective transformation that we were extremely happy to share with you!

At the moment we are forming two working groups to deal with the future of KLIT and its affiliated groups. One will focus on finding a potential new space for us to inhabit in the autumn. The other will work on the immaterial, non physical space we reclaimed together, the space between us.

And that space is not gone. It is alive. 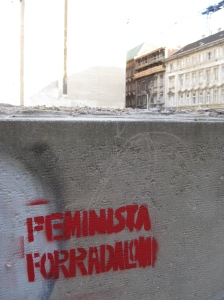 We also thank everybody that heard  our call for solidarity. We had asked for financial support to help us cover the rental fees of the space until August. We were very touched by all the wonderful notes and amounts that were donated to us. The donations magically added up to the exact amount we would have needed. However, now that we are space free, we decided to invest this money into the future of opening a new space or projects of continuity of our becoming.

If you have ideas, or experience with new ways of resistance in the face of right wing dominance, ever present gentrification, and transnational fluctuation of comrades and allies please share with us at fork@riseup.net or here in the comments.

We will continue to share our reflections, struggles and actions here.

We are appreciate you following, sharing, engaging, and holding this transformation and search for new ways to resist together with us.

With joy and tears, and tears and joy,

Dear Allies, if you find our work empowering, please consider donating to help us keep KLIT, a queer-feminist activist space, open. Your support is needed and absolutely appreciated!!! Make a donation